WE ARE NOT AFFILIATED WITH THE PRINCE ESTATE

The Purple Madness, the # 1 America’s Prince Tribute Experience the Band.

The “Purple Madness” is the ultimate celebration of the most widely beloved entertainer and profoundly influential artist
of all-time. Bobby Miller presents an electrifying performance that can be best described as, high energy and a “must
see” performance.

The Prince Purple Madness Tribute Show have all but perfected every last nuance in recreating the sights and sounds of
the artist Prince.

It is with great honor and utmost reverence that The Prince Tribute Band was formed. For anyone who wasn’t fortunate
enough to have witnessed Prince live show, the experience was undeniably one of the best live performances on the
planet. It was with this idea in mind that Bobby Miller chose to re-create some of Prince most memorable concert
moments. The Production team consist of Bobby Miller as the artist, backed by some of the most talented dancers and
musicians that have toured the US and abroad. Collectively, the team consists of over a 100 years of music experience.
The group lovingly describes their show as a performance that is second to none.

Bobby has evolved from youth performing in talent shows and family tips to gracing the main stage worldwide. He has
headlined many events, as well as opened for several national acts.

Bobby embodies and exudes the spirit of each artist on and off stage.

According to Bobby, ” when its time to perform” Bobby feels as though he is the “real” deal. Now that Prince and Michael
is no longer with us, Bobby continues to honor the artist by giving fans an opportunity to experience their concert
performances. Bobby promises to always keep Prince and Michael Legacy alive!!

The Purple Gallery. Relive the experience.

The Purple Gallery. Relive the experience. 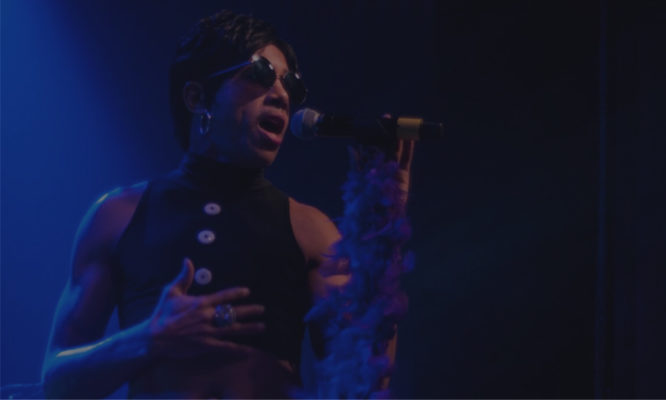 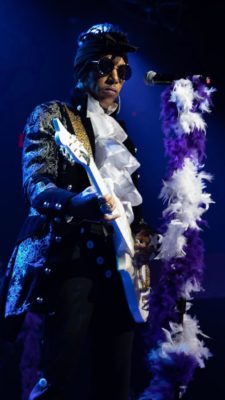 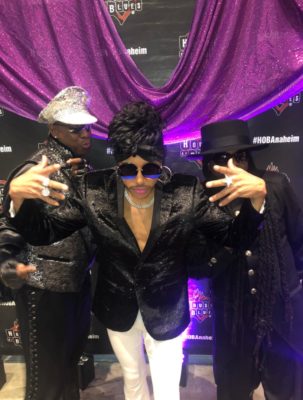 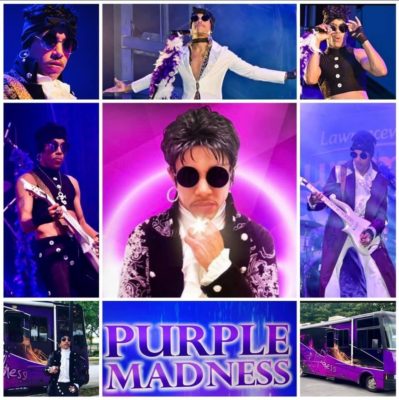 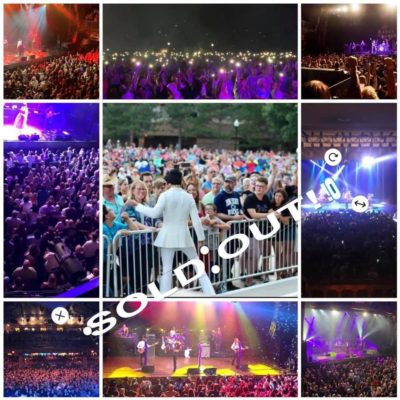 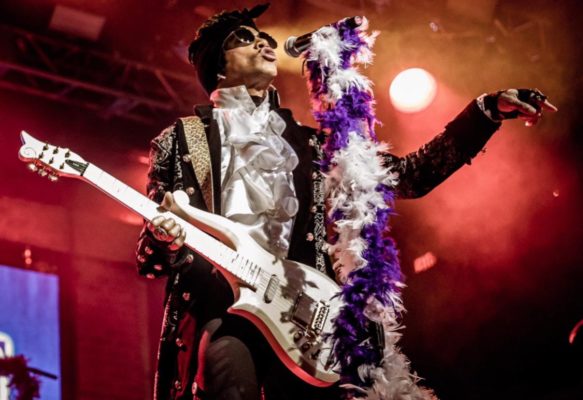 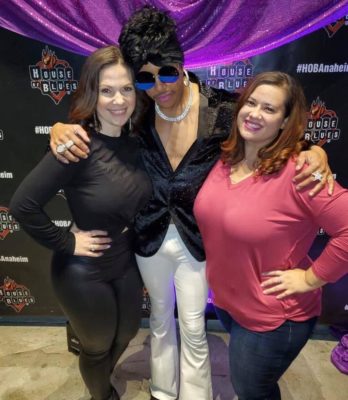 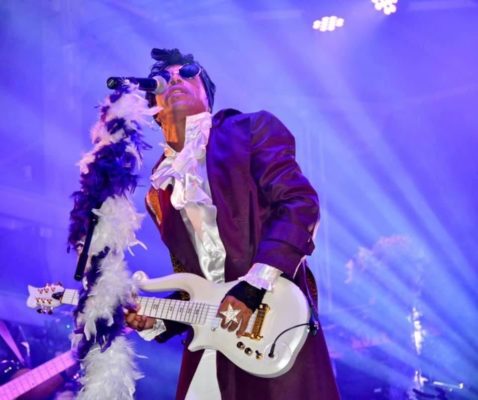 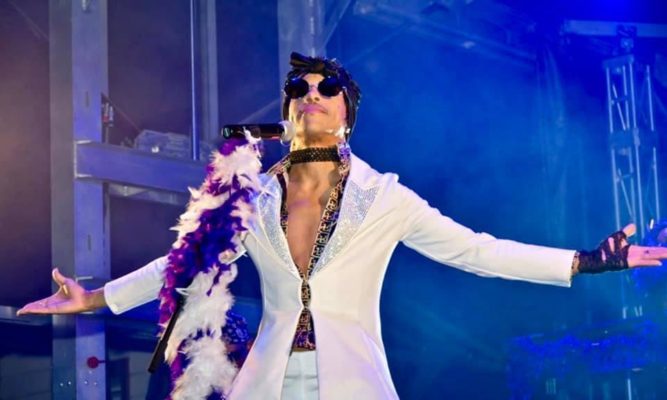 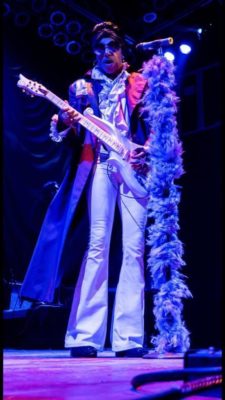 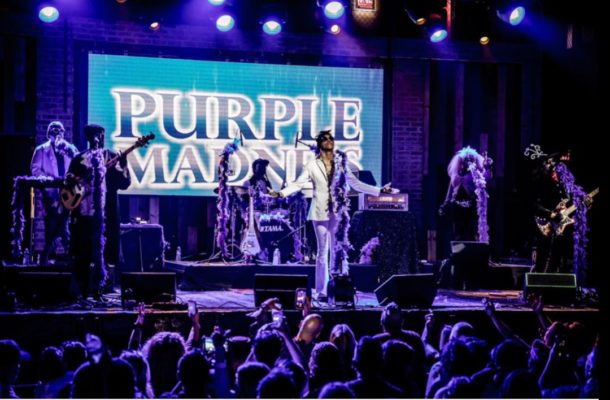 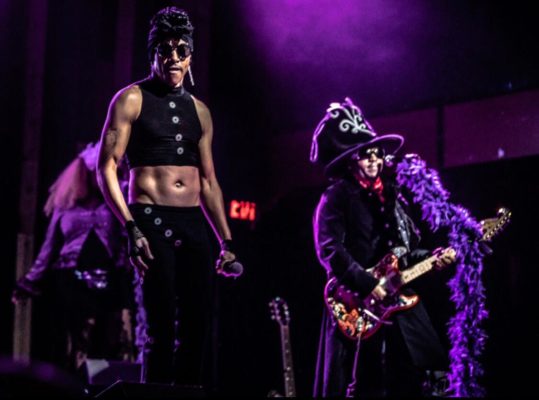 THE BEST SHOW EVER!!!

I never got to see one of Prince live concert, but
recently The Purple Madness Tribute Band performed
at our corporate event.

If I didn’t know better I would swear Bobby Miller was
Prince.. From the moment he walks out he exudes
professionalism. The music starts and its showtime.
From Prince mannerism to his look, dance steps with
the band, and signature costumes all in place. The
young man screams of brilliance. His show was very
high energy and everyone loved it. The Band was
rockin!! I know Prince would be very proud to know
his image is being portrayed in such a great, fun,
energetic way.
If you want the best look and
performance to match look no farther The Purple
Madness Tribute Show is.. INCREDIBLE!!!!!.

Absolutely Flawless performance by Bobby Miller as Prince!!
it was a great pleasure to have you as our special guest performer at our company party. Everyone was “Thrilled” and amazed as you took center stage and exploded into riveting performances of “Purple Rain” and “Let’s Go Crazy”
complete with a cascade of mesmerizing dance moves one after another. Bobby made us feel as though we were watching the real Prince! He looks, dances and performs like Prince! Bobby is carrying Prince flame and keeping his spirit alive for all of us. Thank you so much Bobby for arriving to our event so well prepared, energetic, and leaving us totally spell bound by your electrifying performance. I highly recommend Bobby Miller as Prince.
Bobby and his staff are the BEST!